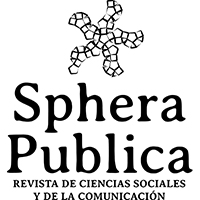 Political campaigning over time has adapted to a new reality while accompanying transformative technologies. Radio and Television played such a role, and now we find the Internet and social networking (web 2.0) doing the same via varied digital platforms and tools that allow new forms of contact between candidates and voters. Studies exist showing new media increases political participation, thus decreasing the distance between the elected and electors (Coleman, 1999; Davis, 1999; Stanley & Weare, 2004).

This work’s main goal is to explore the importance Portuguese MPs attribute to the Internet and social networks while communicating, interacting, and competing in this new public space. Its specific objectives are: 1) to see if these digital tools fit into their daily political action and, if so, which are most used; 2) to examine the tools considered to be important in fostering closer relations between representatives and represented; and 3) if during the electoral campaign periods they are gaining preponderance in relation to traditional means of communication. In context of 2016 presidential elections, this study looks at how candidates have incorporated social media in political campaign. We’ll use quantitative and qualitative methodological techniques including an online survey administered to the MPs in 2014.